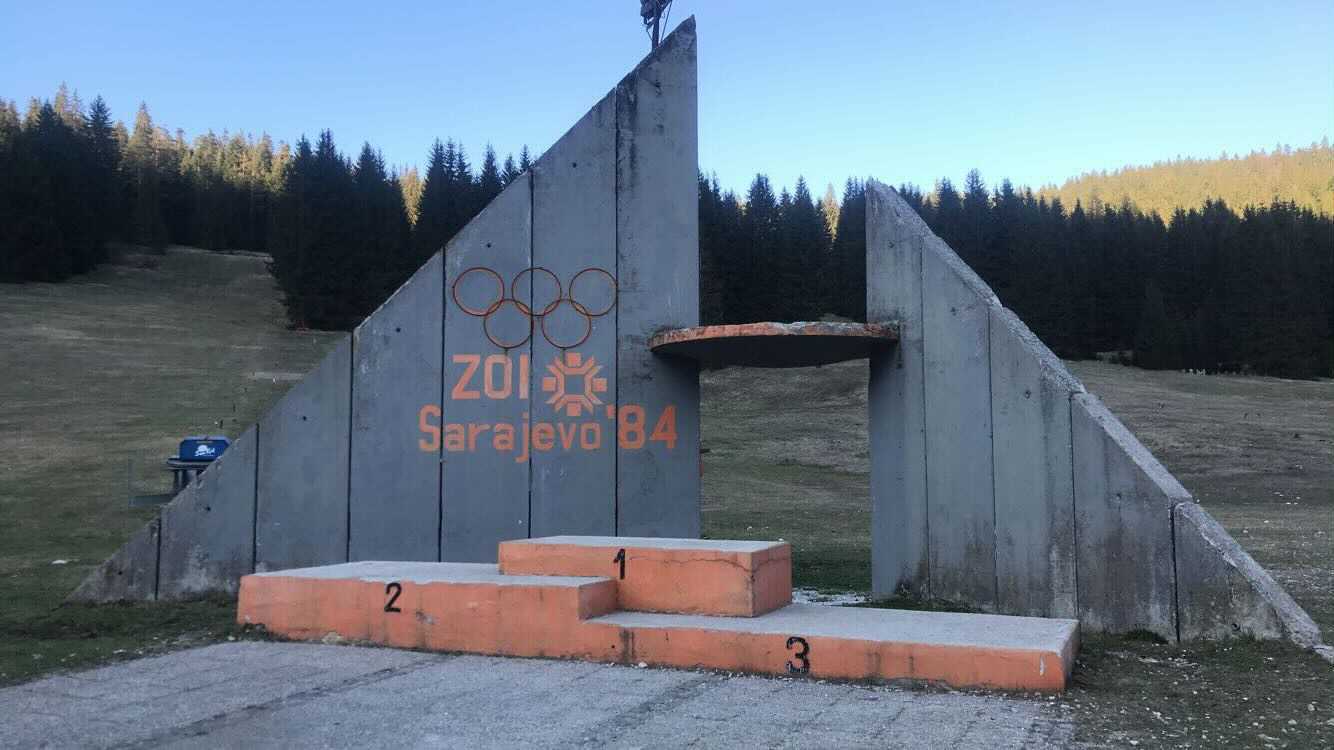 It was also the end of The People’s Republic of China’s boycott of the Olympic Games. They had boycotted the games over the controversy surrounding the International Olympic Committee’s recognition of the Republic of China. During these games, the Republic of China (Taiwan) completed as Chinese Taipei for the first time. In fact, the Sarajevo Olympics was not boycotted by any nation and was a resounding ‘trouble free’ games. In contrast to the Moscow Olympics before it in 1980, and the Los Angeles Olympics that preceded it in 1984, which were heavily contested.

The mascot for the 1984 Winter Olympic Games was a little wolf called Vucko. Designed by Slovenian designer Joze Trobec. Thirty years later, the symbols of the Olympics are still present in Sarajevo. The mascot is now the biggest selling souvenir for tourists.

An Olympic village was built, and hotels opened up all over Sarajevo. Most notably, the Holiday Inn.

The city infrastructure was heavily invested in renovations. The Baščaršija was given a face-lift and the main streets, facades and transport of the city were rebuilt, restored and enlarged.

The Sarajevo Olympics was covered by over 7,000 journalists and consumed by over 2 billion viewers. Thousands of new jobs were created and $47 million was generated from ticket sales alone.

A decade after the Winter Olympics the conflict ravaged much of the city and killed thousands of civilians. During the early months of the war many Olympic buildings were targeted and destroyed on purpose. Today many of the venues lie in ruin and the investment into the city in the lead up to the Olympics has been squandered.