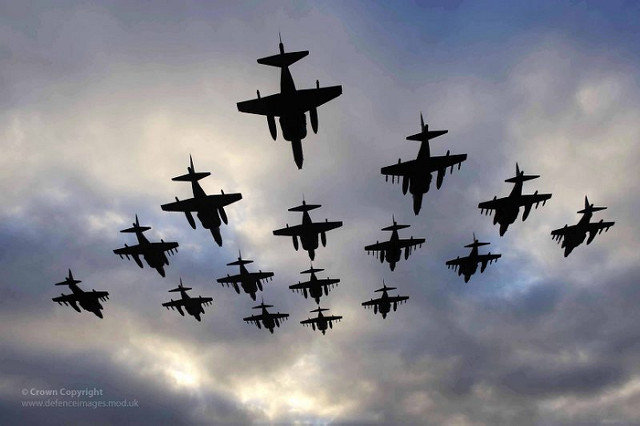 In February 1994 mortar shell fired into a Sarajevo marketplace exploded, killing 68 people. It was a clear message that despite all the peace talks the fighting was not over.

Pressure to act reintroduced the US into the negotiations. Clinton had shown little interest in Bosnia since his threats of air power failed to receive European support in 1993. Yet now NATO, acting for the first time ‘out of area’ issued an ultimatum to the Serbs to withdraw heavy weapons from the exclusion zone around Sarajevo within ten days or face air strikes. It was the first ultimatum in NATO’s history.

Meanwhile in Russia, taking advantage of their close relationship with the Serbs, agreed to replace the Serbs in the exclusion zone with Russian peacekeepers. Yeltsin refused to allow the ultimatum without consultation and within hours the Special Envoy was in the Bosnian Serb territory with a letter from the Russian President. Yeltsin requested that the Serbs retreat and in an effort to reassure them, they agreed to move in Russian troops to show support. The Serbs readily agreed and Russian troops entered Bosnia, making NATO airstrikes impossible. It was the first time in 18 months that the citizens of Sarajevo could walk peacefully in their streets.

The Russian intervention led to the replacement of the EU-UN mediators, the International Conference of the Former Yugoslavia (ICFY) as the focal point in the negotiations in April 1994. The ICFY contact group was made up of diplomats from the US, Russia, France, the UK and Germany. The EU retained its place in international crisis management, represented in this instance by the UK, France and Germany. Its mission was to inject a new momentum into the peace process.

The US launched an initiative to end the fighting between Croatia and Bosnia, which had been going on since March 1993. They used the German influence on the Croatians to broker the Washington Accords in March 1994 to establish the Croatian-Muslim Federation. It was a clear indication that the Bosnian government had finally agreed to the carving up of Bosnia. By July 1994 the ICFY contact group presented a new peace proposal. Their proposal was to assign 51% of the Republic’s territory to the newly formed Croatian-Muslim Federation and 49% to the Bosnian Serbs. This reduced the Serb territory from its existing 70% to less than half. The Bosnian Serbs were warned that failure to accept the proposal would result in the tightening of sanctions on Serbia.

The Bosnian government accepted the proposal, under pressure, despite their concerns over the amount of territory they would be giving up to the Bosnian-Serbs. The Belgrade government, fearful of tighter sanctions, also accepted the proposal. However, the Bosnian Serbs rejected the plan and tensions started to show between President Milosevic and Bosnian-Serb leader, Karadzic. In August 1994 Milosevic decided to close the border between Serbia and Bosnia, threatening the Bosnian Serb’s fuel supply, but having minimal effect. The success of the plan rested upon the assumption that the Federation between Croatians and Bosnian Muslims would be a viable entity. The ceasefire, new links with Croatia, help received from Arab states and US assistance arming Croat and Muslim forces all led to a new balance on the battlefield that didn’t exist before.

Tension between the US and Europe and their differing views on the conflict still existed. America’s eagerness to use air power while Europe didn’t want to compromise UNPROFOR’s role on the ground.  The US perceived the conflict primarily in terms of Serb aggression, and that by using NATO’s air power would encourage ceasefire accompanied by a political agreement to reserve the Serb gains. Yet the European powers viewed the conflict in a more complex paradigm; a civil war with revived ethnic hatred following the collapse of communism. The eventual solution requiring a political settlement over their territorial dispute. They felt that the answer would be to persuade Milosevic to continue to isolate the Bosnian Serbs, obtain a ceasefire and to introduce stability by inducing reforms in Serbia and Croatia.