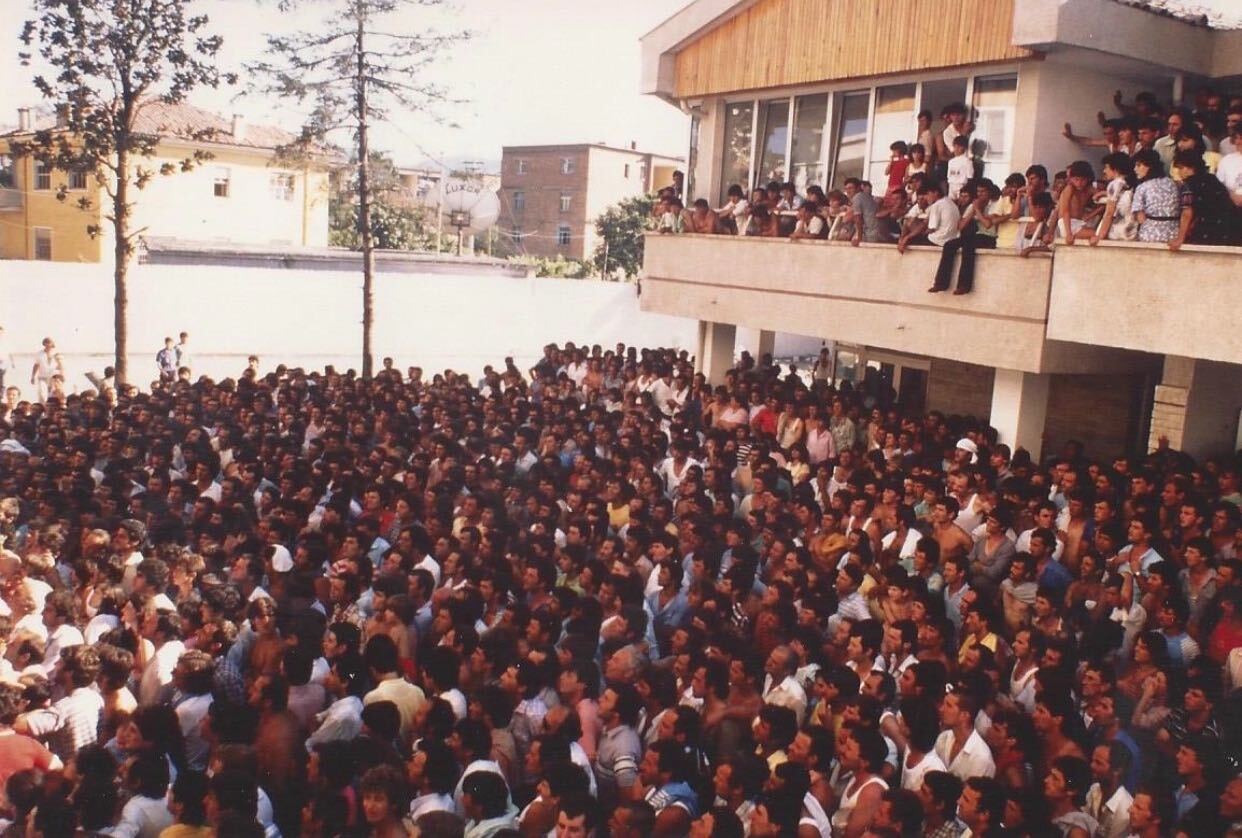 30 years ago, in July 1990, more than 5000 Albanians stormed the foreign embassies in Tirana in what we refer to today as Embassy Storm. After four decades of communist rule in Albania under Enver Hoxha, the beginning of the fall of communism was coming.

The storming of foreign embassies in Tirana was the beginning of the end of communism in Albania as thousands attempted to flee from Europe’s last bastion of hardline communism. Albanian’s were frustrated of years of suppression under communist dictators and craved to rejoin the world after years of suffering.

In 1989, 8 months earlier, the Berlin Wall had fallen following a series of revolutions in Eastern Bloc countries. This was a symbol of hope for Albanians that Europe was changing. However, it appeared that the Albanian Communist Party was holding on strong. Albanians hoped that a mass exodus would prompt the regime to collapse.

By 7th July 1990, over 3000 Albanians were housed in the West Germany embassy in Tirana, seeking asylum and sleeping in the garden.  Many more were housed n other European embassies around the capital. The Albanian government ordered the embassies to remove the asylum seekers from Albania or to hand them over to the police.

On the 8th July, a UN envoy arrived in Tirana for talks with the government. It was announced that the asylum seekers could leave, and arrangements were made for them to go by ferry from Durres to Italy. From Italy many were escorted by train to Germany, France and beyond with the help of the Red Cross.

The Fall of Communism

Outside the USSR, Albania was the last country to denounce communism in December 1990. Student protests pushed the Central Committee of the communist party of labour of Albania to allow political pluralism. By 11th December, the Democratic Party was founded.

In February 1991 the statue of Enver Hoxha, communist dictator, was toppled by large crowds of protesters in Skanderbeg Square in Tirana. By March, the first multi-party elections were won by the Albanian Labour Party.