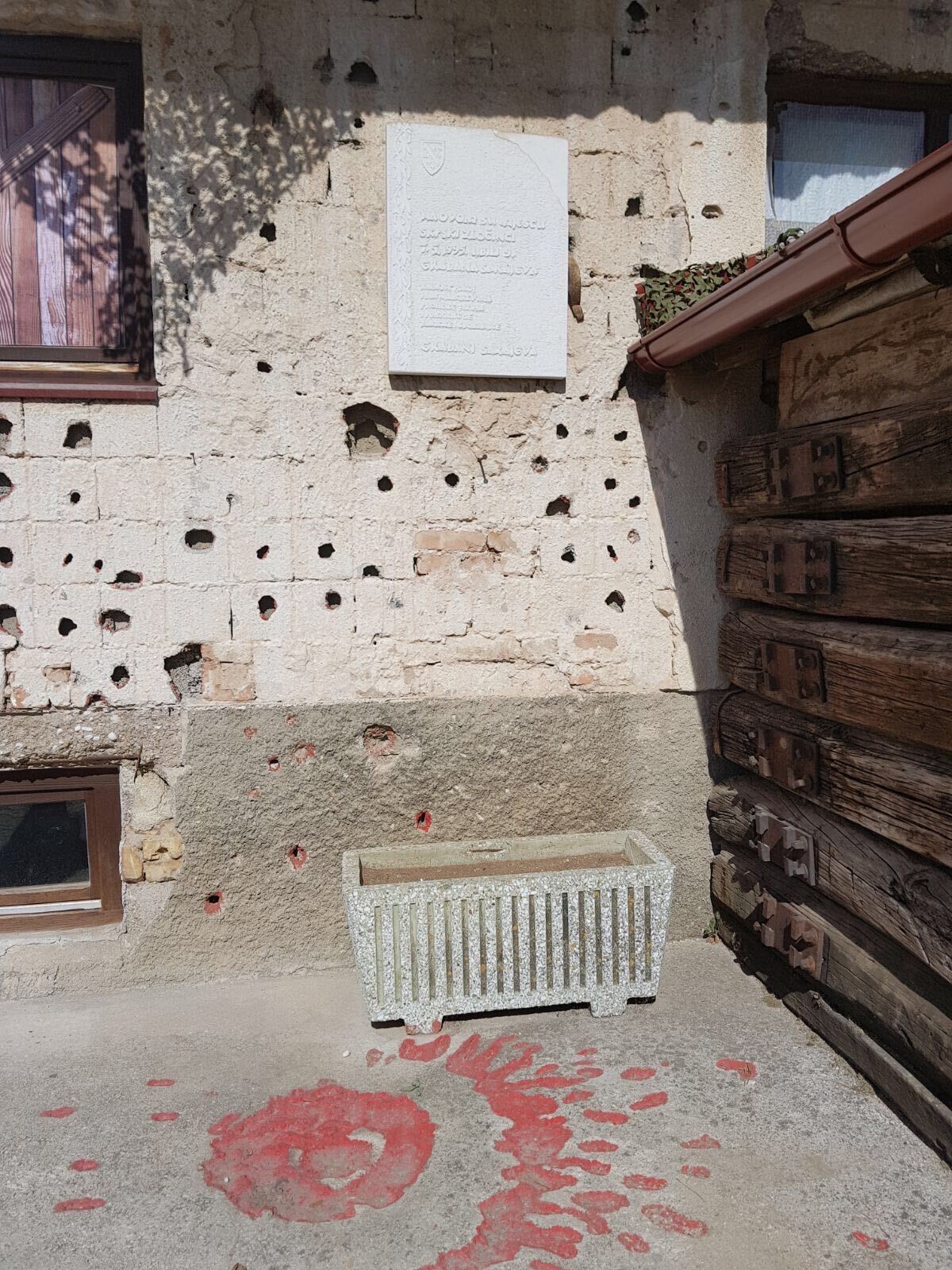 The Sarajevo Rose is a silent memorial to those who were killed during the Siege of Sarajevo. These blood-like stains are scattered around Sarajevo as a reminder of the war but also of the resilience of the city.

The Siege of Sarajevo lasted for 1,425 days from 1992 – 1995. The longest siege of a capital city in modern warfare. During this time is it believed that over 300 mortar shells bombarded the city every day. Nearly all buildings in the city suffered damage.

The damage left by the mortar rounds have left scars over the entire city. Some of the concrete scars have been filled in with red resin. Many believe the unique patterns resemble flowers and therefore they have become known as ‘Sarajevo Roses’.

Each year the Youth Initiative for Human Rights Bosnia and Herzegovina (YIHR) volunteer crews repaint and maintain what is left of the red roses. Their motivation is to never forget what happened in Bosnia so it can never be repeated again.

Today, due to damage, repair works and city regeneration, only twenty-eight roses remain on the street of Sarajevo.