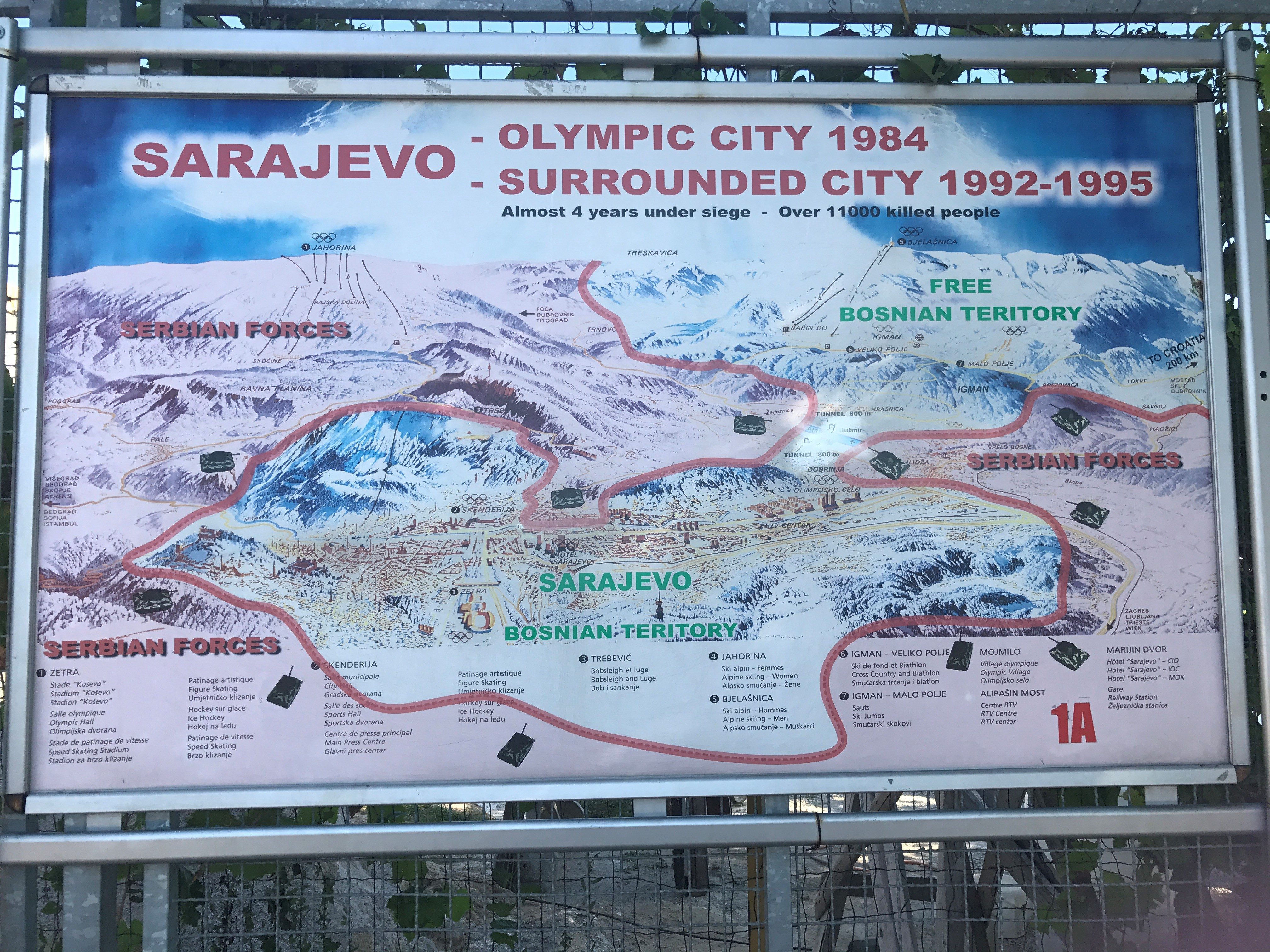 25 years ago, on the 6th April, the longest siege since World War II began.

It became one of the most dramatic events of the violent breakup of Yugoslavia, leaving an estimated 200,000 dead and 2.7 million refugees displaced. The 5th April marks the 25th anniversary of the shootings in Sarajevo, the first casualties of the 1425-day siege of Sarajevo.

The siege of Sarajevo lasted for 1425 days, leaving citizens without food, water and water. The Serbs in the surrounding hills shot at civilians, and especially children. Of the 11,541 people killed, 1061 were children.

The Siege was finally lifted in October 1995 by a ceasefire agreement. The Dayton peace accords split Bosnia into two autonomous regions with power divided along ethnic lines. Whilst the fighting has long stopped, the tensions still simmer below the surface.

The city of Sarajevo now boasts new buildings and shopping centres, yet reminders of the siege are everywhere. Cemeteries are everywhere and pockmarked buildings from almost four years of shelling can still be seen. The country continues to struggle with high unemployment, with more than 60 percent of young people seeking employment. At the same time, many companies remain reluctant to invest due to enduring ethnic divisions. Despite funding and moderate economic growth, Bosnia is still lagging behind its peers in the Balkans.

On the 25-year anniversary, Sarajevans gathered to commemorate the 1061 children who died during the siege. In honour, they released doves and planted 1061 roses, one for each child who lost their life.