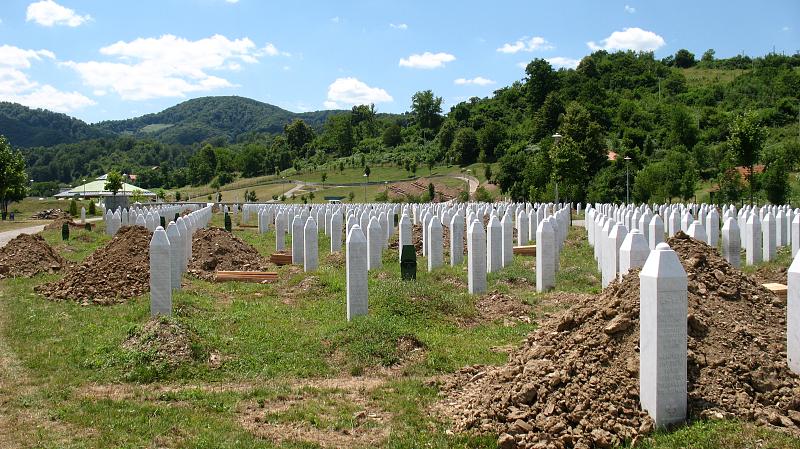 Bosnian Serb forces went to great lengths to hide the traces of the crimes committed at Srebrenica. United States intelligent experts assisted to locate the mass graves using satellite images and years of analysis to compare soil and evidence samples of clothing, weapons and tissue samples to piece together the information. Eventually it was possible to locate the killing sites and up to 80 mass graves.

The Bosnian Federal Commission of Missing Persons estimated that those missing or killed in Srebrenica totaled 8373. By July 2012, 6838 genocide victims had been identified via DNA analysis of parts recovered from mass graves. In July 2013, 6066 victims were buried at the Memorial Centre of Potocari.

The ICTY ruled in 2004 that the massacre constituted genocide, a crime under international law. The ruling was later upheld in 2007 by the International Court of Justice (ICJ). The forcible transfer and abuse of over 25,000 Bosnian women and children which accompanied the massacre was also found to constitute genocide when accompanied with the separation and killing of the men.

Eventually over 20 people were brought to justice by the UN criminal tribunal for their involvement in Srebrenica including;

The UN also ruled in 2011, that the Netherlands were responsible for the death of Bosnian Muslim men who were forced out of the UN compound in Potocari by Dutch troops and killed by Bosnian Serbs. This is the first occasion where a country has been held accountable for the actions of its peacekeeping forces operating under a UN mandate. Again in 2014, the Dutch government was found liable by a Dutch court for the deaths of over 300 Bosnian Muslim men in Srebrenica.

Under heavy international pressure, the government of the Republika Srpska issued an apology in 2004 for the enormous crimes committed in Srebrenica.

The ICJ ruled in 2006 that Serbia and Montenegro were cleared of direct responsibility for the Srebrenica massacre. However, they were found responsible for lack of prevention of genocide and prosecuting those involved. And finally, in November 2017. Ratko Mladic was convicted at the UN tribunal for genocide and his role in the Srebrenica massacre, and sentenced to life imprisonment.