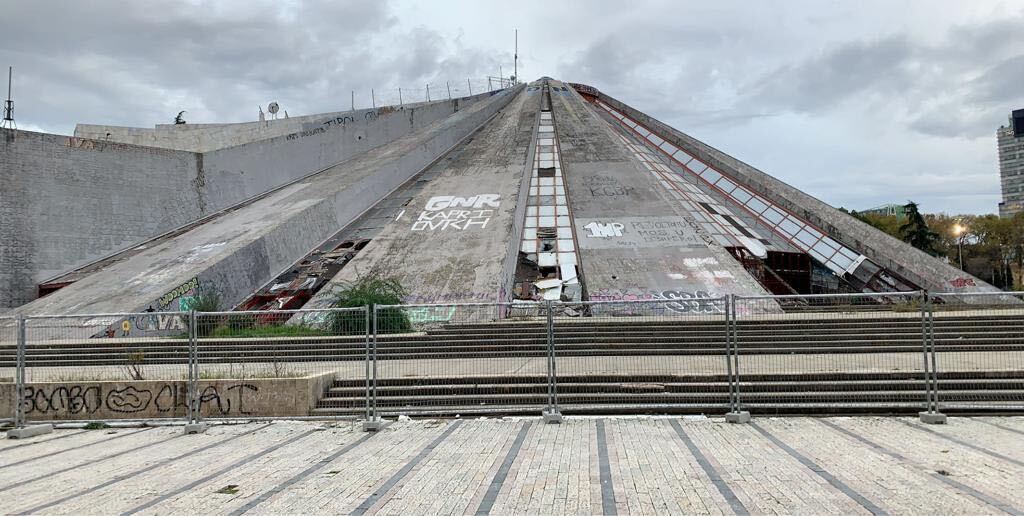 Student protests in Tirana in December 1990 marked the fall of communism in Albania. Hoxha’s statue in central Tirana was famously toppled by the pro-democracy protest.

Albania, arguably Europe’s most repressive state began its transition out of forty years of communist isolation. Albanians were able to devour the outside world for the first time after years of religious repression, closed borders, dress codes and even restrictions on what literature they could read or music that could be listened to.

Rewind to Hoxha’s death in 1985 and Ramiz Alia was carefully handpicked to take control. He wanted to preserve the communist system whilst gradually introducing economic reforms and diplomatic ties with Western Europe.

Different opinions within the communist Party of Labour of Albania led to the creation of the Democratic Party in December 1990. In the 1991 elections, the communist party remained in power but after many strikes and plenty of opposition, allowed non-communists into the stability government.

Following more social unrest, economic collapse and with overt US backing, the Democratic Party won the majority in the 1992 election and Sali Berisha became the first elected non-communist president of Albania.

The free-market economy attempted to at least open the way for financial aid from developed countries. For many Albanians, however, the pace of economic and political change appeared too slow after decades of repression and growing poverty.

Huge financial pyramid schemes that had popped-up in 1996 soon collapsed, wiping out more than $1 billion of people’s savings. More than two-thirds of the population invested in them and they accounted for half the country’s GDP. The collapse sparked rioting, anarchy, deaths and ultimately led to the collapse of the government.

International mediation in the form of OSCE special envoy led by Franz Vranitzky was drafted in to restore calm and create a reconciliation government.

The Democratic party returned to power in 2005 and former president Berisha was named Prime Minister. He worked to implement economic and social changes to gain membership in NATO and EU. These included reducing crime rates, deterring drug trafficking and corruption.

Albania joined NATO in 2009 and in the same year applied for EU membership. Since 2014 it has been an official candidate for accession and receiving development aid as part of the accession plan.

The modern Albania diaspora is a consequence of the fall of communism. Albanians are now the second largest nationality to be granted citizenship of one of the member states of the EU. Albanians make up 7% of all passports issued by EU member states. Mostly receiving Greek and Italian citizenship, the most preferred nations since the borders were opened after the fall of communism in 1991.