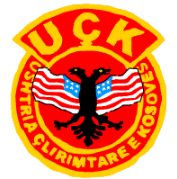 The Kosovo Liberation Army, or KLA, was a military organisation comprised of ethnic Albanian’s fighting for separation from Serbia.

Once upon a time, Kosovo was the centre of Serbian culture. Slowly over time, its population changed and soon, neighbouring Albanians became the majority. Yet the Serbian perception about Kosovo remained the same, despite the population change, that it was an integral part of the country and Yugoslavia. Kosovo was a province of the Republic of Serbia with autonomous status.

When Milosevic rose to power and became the elected president of Serbia in 1989, one of his first actions was to remove Kosovo of its autonomy. Albanians had been removed from their positions and replaced with Serbs. As a result, Albanians boycotted Serb institutions and established their own shadow government.

These actions did not have the desired affects and the international community were more interested in the impending civil wars, as the other republics started to declare independence. The 1995 Dayton Accords, leading to the end of the war, failed to address the issue of Kosovo’s status. Kosovar Albanians began looking for alternative solutions.

Emergence of the KLA

It was because of these actions that the KLA emerged. In the early 1990’s, shortly after Milosevic abolished Kosovo autonomy, the KLA was born. The shadow government, formed under the auspices of the Democratic League of Kosovo, elected Ibrahim Rugova as unofficial president in 1992. Rugova supported nonviolent methods to obtain the attention of the international community and ultimately regain independence. However, by 1995, with the failure of the Dayton Accords to accommodate the Kosovo situation, nationalists took matters into their own hands. It became obvious that Yugoslavian minorities who armed themselves, won independence.

In 1996, the KLA conducted coordinated attacks focusing on Serbian police stations with the hopes of ridding Serb colonisation. By 1997, the collapse of order in Albania allowed military supplies to be raided and cross to border into the arms of the KLA. As a result, the attacks on Serbs increased and included kidnapping and executions.

During a funeral for an Albanian killed by Serb police forces, the KLA decided to make their first public announcement. The KLA announced their objective for the secession of Kosovo from Serbia and for the creation of ‘Greater Albania’. Plenty of support came flooding in from Albanian moving into Kosovo and with new support and financial assistance, better weapons were purchased and more effective attacks on the Serbs.

The Serbian government retaliated with village raiding, massacres, population displacement, torture and ethnic cleansing of Kosovar Albanians. It is also reported that Milosevic ordered the execution of KLA leader, Adem Jashari and member of his family.

This led to the widened support of the KLA with thousands of new recruits and more importantly, international intervention.

The international community and NATO mediated truce negotiations between the Kosovo and Serbian governments in France in 1999. The KLA representative signed the treaty for peace, but the Serbian delegation refused.

In March 1999 NATO began air strikes on Serbian targets lasting for 11 weeks. The KLA played an important role in the conflict by informing NATO of the Yugoslavian and Serbian positions and allowing for the air strikes to be more effective.

Eventually in June 1999, Yugoslavia (Republic of Serbia and Montenegro) agreed to a peace treaty and ended the NATO bombing.