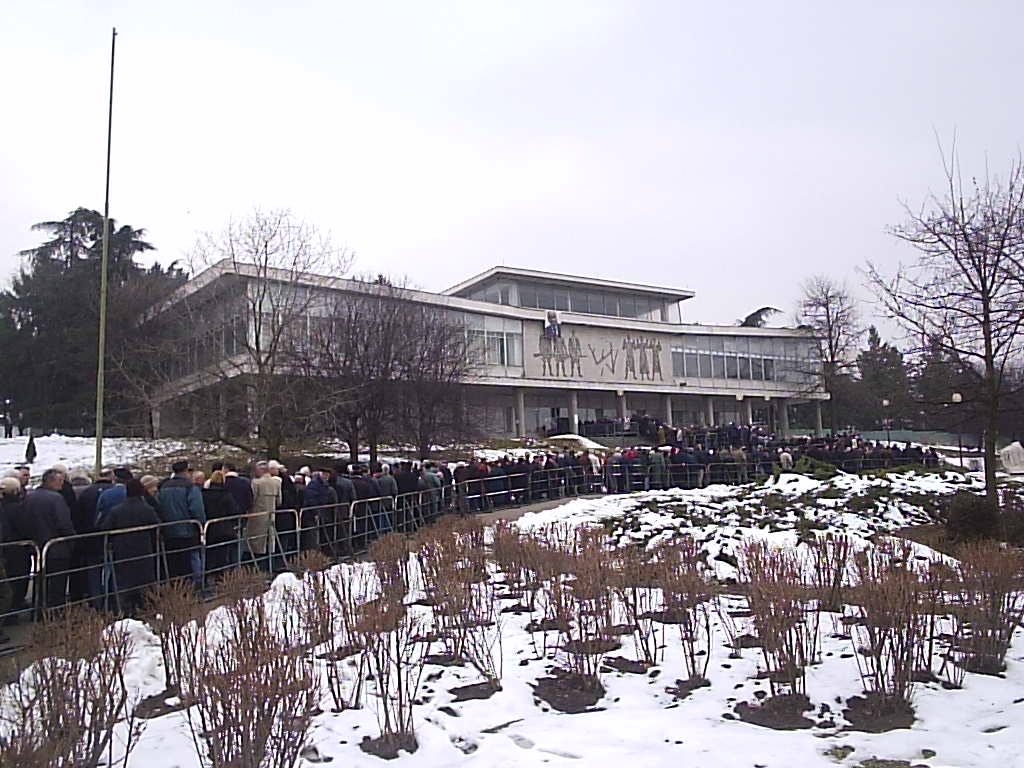 Yugoslavia disappeared from the map after 83 years of existence. The Socialist Federal Republic of Yugoslavia broke up into constituent republics. The final two remaining republics, Serbia and Montenegro, proclaimed the Federal Republic of Yugoslavia in April 1992. In 2003 it was finally renamed and reformed as the state union of Serbia and Montenegro until 5th June 2006 when Montenegro declared its independence. And finally the autonomous province of Kosovo subsequently declared their independence from Serbia in 2008.

The death of Yugoslavia is only one of many momentous changes that have occurred since the end of the Kosovo conflict.

In 1998 Serbian action against the Kosovo Liberation Army in Kosovo escalated into armed conflict. By 1999 NATO airstrikes were deployed against the Federal Republic of Yugoslavia (Serbia and Montenegro). It ended with the withdrawal of security forces from Kosovo and the deployment of international security forces. During the NATO bombing of Yugoslavia in May 1999, Milosevic was indicted for war crimes and crimes against humanity in connection to the wars in Bosnia, Croatia and Kosovo by the International Criminal Tribunal for the former Yugoslavia.

Slobodan Milosevic lost the presidential election in 2000 and was defeated by opposition leader Vojislav Kostunica, who held just over 50% of the vote. Milosevic refused to accept the result claiming that no one held the majority, but was forced out of office by strikes and street protests, which concluded in the storming of parliament, in what became known as the Bulldozer Revolution. Eventually Milosevic met with Kostunica and publicly admitted defeat, allowing Kostunica to assume his position as Yugoslav President on 7th October 2000.

Milosevic was arrested by the Yugoslav federal authorities on 31st March 2001 on suspicion of corruption, abuse of power and embezzlement although no official charges were made. The United States put pressure on the Yugoslav government to extradite Milosevic to the ICTY, threatening the loss of financial help. Newly elected Yugoslav President, Kostunica, was not in favour of extradition as it violated the Yugoslav constitution yet Prime Minister Dindic recognized that there would be negative consequences if the government did not cooperate and voted to issue the decree of extradition.

By 28th June 2001 Milosevic was handed over to a UN war crimes tribunal in The Hague, and put on trial for 66 crimes against humanity including genocide.

The trial began on 12th February 2002 at The Hague. From the beginning Milosevic denounced the Tribunal as an illegal entity as it was not established with the consent of the United Nations General Assembly. As a result, he refused to appoint a counsel for his defence and defended himself during the five-year trial that ended without verdict when he died of a heart attack in The Hague in 2006.

In 2007 the International Court of Justice cleared Serbia under Milosevic’s rule of direct responsibility for occurrences of crime committed during the Bosnian war. Yet Milosevic remains a controversial figure in the Balkans due to his abuse of power, particularly during the elections of 2000 and previously in 1997 and his leading role in the outbreak of the Yugoslav wars.

It is hard to do justice to Milosevic’s crimes. He abused state money, got into bed with murderers, plotted with enemies such as with Tudjman in the carving up of Bosnia, and cast aside friends such as Ivan Stambolic, former friend and political ally, who were no longer needed. Whilst much of the Serb carnage was organised locally, it is hard not to see that Milosevic endorsed it all. And yet, to what end? Whilst he remained in a position of power until 2000, every war he sanctioned left the Serb people in a worse position of poverty, loss of territory and excluded from international society.