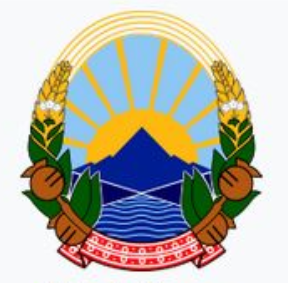 Macedonia’s parliament passed an amendment to the constitution to rename the country Republic of North Macedonia in line with an agreement with Greece to end the 27-year-old dispute. The country is officially renamed, as of 12th February 2018, under a landmark agreement to normalize relations with Greece that allows Macedonia to enter NATO.

Since the dissolution of Yugoslavia, neighbours Greece and Macedonia have been disputing over who has ownership of the name ‘Macedonia’. For both countries, the name is existential to their national identity. After the declaration of independence in 1991, the country was internationally recognized as the Republic of Macedonia. Yet Greece prevented it from joining NATO or the EU due to their ongoing dispute.

Greek Prime Minister Alexis Tsipras and Macedonian Prime minister Zoran Zaev reached an agreement on 12th June 2018, proposing the name change to the Republic of North Macedonia, known as the Lake Prespa Accord. In July the agreement was ratified by the Macedonian parliament and NATO invited Macedonia to start accession talks.

A referendum was held in North Macedonia on 30th September 2018. Despite low turnout of 37%, there was strong support for EU and NATO membership by accepting the agreement. By October the parliament voted to begin the process of renaming the country and in December, Macedonia’s parliament approved a draft constitutional amendment. In January 2019, the Prespa accord was approved by Greece’s parliament and eventually, on 6th February NATO members signed an accession protocol allowing North Macedonia to join the alliance.

On 12th February 2019, the agreement was ratified by both Greece and North Macedonia. The name change entered into full force and resolved the long-standing dispute.

Macedonian Prime Minister, Zoran Zaev, received a show of support and congratulations from the international community including NATO and the EU, for this historic moment in the future of the Balkans. Kosovar President, Hashim Thaci also announced his hopes for the Prespa Accord to become the model that can help solve Kosovo’s dispute with Serbia.

As well as the formal change of name to North Macedonia, the deal also includes recognition of the Macedonian language, the removal of the Vergina Sun from public use in North Macedonia, changing license plates from MK to NMK, and new inscriptions on the statues of Alexander the Great, Phillip II of Macedon and Olympias of Epirus, which were introduced as part of the Skopje 2014 programme.

Over the next five years, a series of practical adjustments will gradually take place. This includes new road signs, updated passports and the introduction of a new currency.

The Prespa Accords have not come without opposition from both sides in the lead up to ratification. Several hundred people have protested against the deal in front of the parliament building in Skopje. Nationalists believe that changing the name of the country and its national symbols are too high a price for NATO accession. Many feel humiliated by the compromise after 60% of the country failed to vote during the September referendum.

The Greek government has survived two no-confidence votes in the past seven months and lost its coalition partner due to the deal with Macedonia.