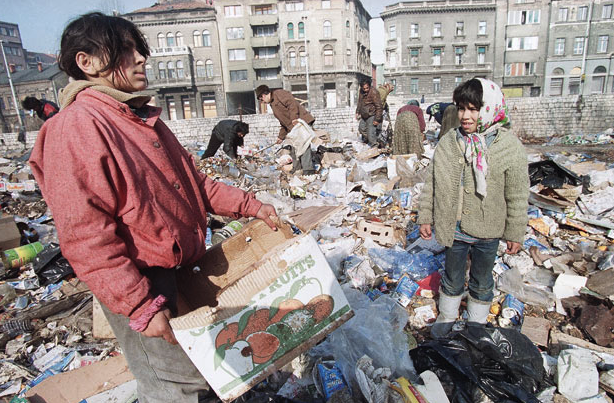 Bosnia’s independence is recognized by the EU

War begins, the Serbs siege Sarajevo and quickly control over half of the republic

Fighting starts between Croats and Muslims, who were previously allied against Serbs. Peace efforts fail

Muslims and Serbs form an alliance against Croats in Herzegovina, rival Muslim forces fight one another in north-west Bosnia and Croats and Serbs fight Muslims in central Bosnia

The first Markale massacre in Sarajevo killing 68 and 144 injured

Bosnian Serb President, Radovan Karadzic orders the isolation of Zepa and Srebrenica. The area is cut-off and aid is prevented from reaching them.

General Mladic orders Bosnian Serb troops capture the ‘safe area’ of Srebrenica. Thousands of Bosnian Muslim men and boys are separated from their families and massacred all under the watch of the Dutch UN peacekeeping troops.

Ceasefire comes into force throughout all of Bosnia, brokered by the US

The peace accords created two entities; one for Muslims and Croats and the other for Serbs

Peace Accords are signed in Paris by the three leaders.

NATO peacekeeping Implementation Force (IFOR) arrive in Bosnia and the international community establishes a permanent presence. Later taken over by the European Union

Karadzic is forced to step down as Bosnian Serb president

In the first post-war elections the nationalist win