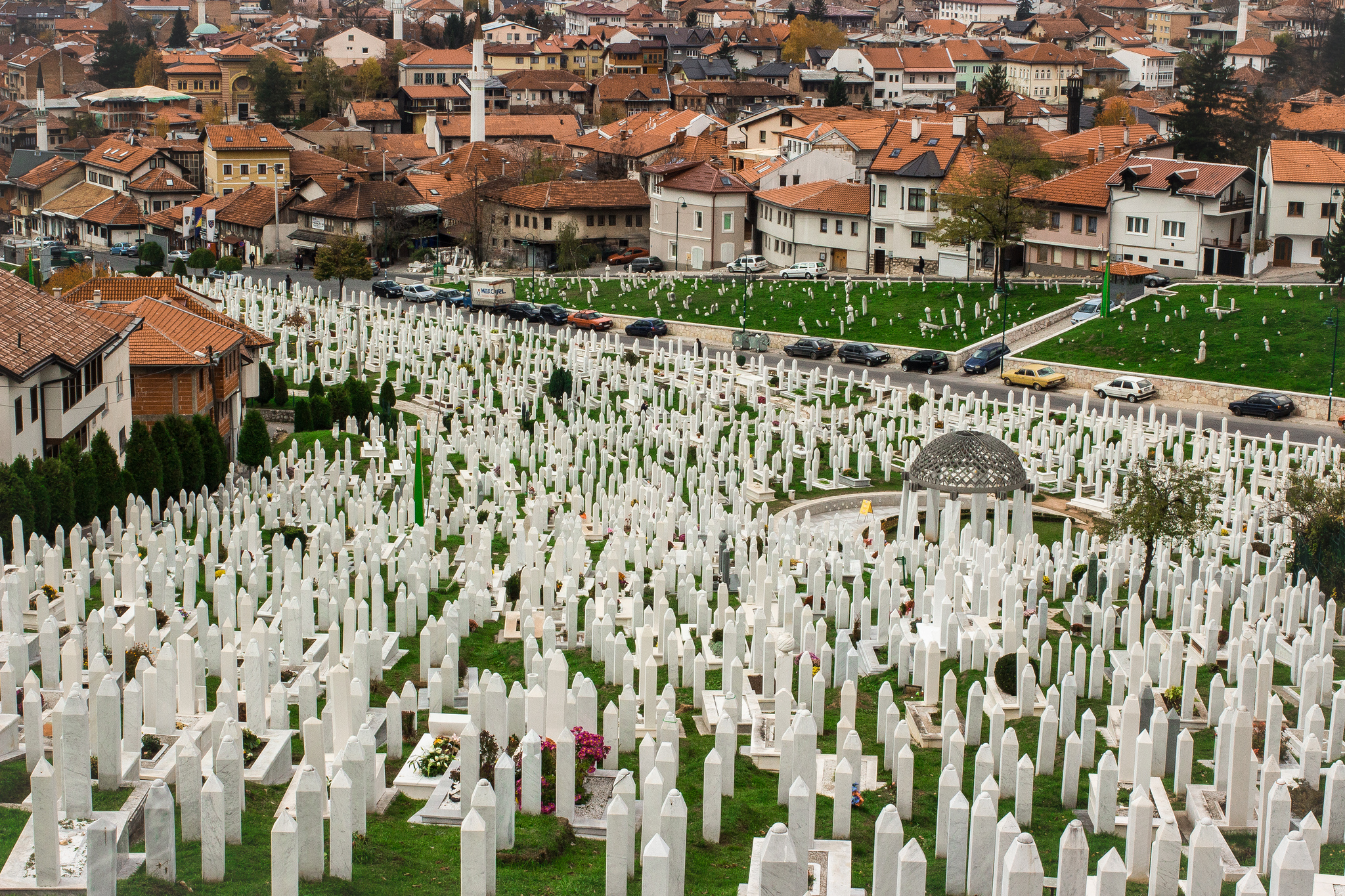 It is clear to anyone who understood the implications of the collapse of Yugoslavia, that Bosnia was by far the biggest concern. The Bosnian Muslims felt threatened as their neighbours fought for independence and Yugoslavia collapsed around them.

On the 15th January 1992 the European Community recognised Croatia as independent thanks to pressure from Germany. As a result, a war in Bosnia was virtually guaranteed as they were forced to choose between remaining in Yugoslavia, with Bosnia’s Croats and Muslims having to remain under Serb domination, or to follow suit and claim independence and risk taking 1.3 million Serbs out of Yugoslavia against their will.

One third of the population of Bosnia were Serbs who desperately wanted to remain in Yugoslavia. Their leader, Karadzic warned during parliament that the Muslims will ruin the country if they seek independence as they were not prepared for war and would face extinction. In a county that was home to a third Croats, Muslims and Serbs, a future must be decided. Whilst war was an expected outcome, genocide was not.

President Izetbegovic, operating under the false pretence that the West would intervene and guarantee Bosnia’s sovereignty, took steps towards independence. He called a referendum on 29th February 1992 and gave Serbia an excuse to attack. Turnout for voting was only 64% as Bosnian Serbs were prevented from voting by Bosnian Serb authorities, with 99.7% voting for independence and on the 3rd March 1992, Izetbegovic declared Bosnia’s independence.

Whilst Milosevic maintained that the conflict in Bosnia was a civil war, his agenda eventually became clear when he ordered Serb paramilitaries into action. The Bosnian Serbs and the Bosnian Croats were amongst the most militant nationalists of the two nations and were well prepared for aggression. They had been arming themselves, forming autonomous regions and negotiating over the annexation of Bosnia. As recognized by US Ambassador to Yugoslavia, Zimmermann, it was impossible that the Bosnian Serbs could have achieved this without the aid of Milosevic. Tudjman also made no secret that he wished to divide Bosnia between Serbia and Croatia.

Widespread fighting broke out in Bosnia in early April 1992, and by the end of the month Sarajevo was under siege. By July 1992 the Serbs controlled 70% of Bosnia.

Unexpectedly, the fighting started by the Muslims and Serbs fought back by erecting barricades all over Sarajevo. The streets became overrun with militia; Muslims in the city centre and Serbs hiding their heavy weapons in the mountains surrounding Sarajevo. Heavily armed Serbs captured cities near the Serbia border and rounded up activists. Many civilians were killed in their barbaric methods. President Izetbegovic called on all of Bosnia to defend the state, not only the Muslims, and many marched for peace opposing the nationalism of both Izetbegovic and Karadzic. During the peace marches, six people were killed by Karadzic and his forces as they ‘protected themselves’ from the civilians marching in Sarajevo. As the Muslims took charge, Karadzic and his men fled to the hills surrounding the city to begin sporadic shelling to assert authority.

The plan from Serbia was first to take parts of Bosnia closest to the Serb border, and secondly to divide Sarajevo. Serb paramilitaries continued their reign of terror killing civilians in an attempt to establish who was Muslim and who was not. Many were killed and others were sent to concentration camps or expelled from their towns and villages. Centuries of Islamic culture was erased during this period of ethnic cleansing.

In April 1992, Lord Carrington, Peace envoy was sent instead of the requested military intervention. He proposed to partition Bosnia into ethnic provinces. However, President Izetbegovic wanted instead help in the fight to defend themselves against the Serbs. On the 2nd May 1992 the Serbs launched their attack on Sarajevo at the same time that Izetbegovic was in Lisbon for peace talks. On his return to Sarajevo he was seized by the Serbs and taken hostage. With the eventual help of the UN, Izetbegovic was assisted and released. However, chaos ensued. Milosevic sent General Mladic to run the Bosnian Serb Army with direct orders to target the presidency and the Muslim neighbourhoods.