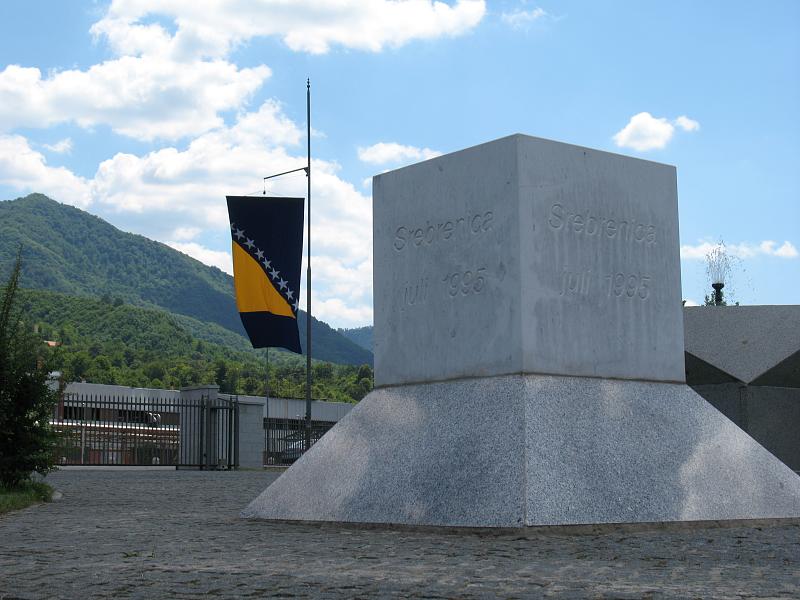 In July 1995 more than 8000 Muslim men and boys were killed in the town of Srebrenica during the Bosnian war. It is known as the Srebrenica massacre or genocide. Bosnian Serbs, under the command of Ratko Mladic, perpetrated the killings, in what Secretary-General Kofi Annan later described as the worst crimes on European soil since WWII.

The region surrounding Srebrenica, which was predominantly Muslims, was strategically significant to the Serbs, giving territorial integrity to the Bosnian Serbs and the Republika Srpska. Muslim territories in eastern Bosnia were the main target for ethnic cleansing. Villages were systematically vandalised, Muslims were beaten, killed or detained. As a result, many were killed and the rest fled to Srebrenica.

In 1993, UNPROFOR commander, General Philippe Morillon visited the overcrowded town of Srebrenica to find siege conditions; no running water, limited food, and electricity from a makeshift generator. He formally declared the besieged town of Srebrenica, in north east Bosnia, a safe area and under UN protection. Meaning that they were disarmed and to be protected by international peacekeeping forces. The UN High Commissioner for Refugees (UNHCR) evacuated thousands of Muslims despite opposition from the Bosnian Government who believed it would contribute to the ethnic cleansing. Bosnian Serbs controlled the access roads into Srebrenica and made sure that humanitarian aid, food and water, did not reach Srebrenica. Many people died from starvation.

On the 6th July 1995, Bosnian Serb forces advanced from the south, burning Muslim homes and villages. Thousands fled Srebrenica for Potocari where Dutch peacekeepers were stationed. There was no attack on the Bosnian Serb forces. General Mladic declared on the 11th July 1995 that “We give this town to the Serb nation…The time has come to take revenge on the Muslims.”

On 11th July 1995, Bosnian Serb forces separated the Muslim civilians, sending the women and girls on buses to Bosnian-held territory. Some of the women were raped or sexually assaulted, while the men and boys who remained behind were killed immediately or bussed to mass killing sites. Some killings occurred on 12th July, but mass evacuations of Muslim males to execution sites began in earnest on the evening of 13th July. The destinations were primarily north of Srebrenica, alongside the Drina River, which marks Bosnia’s border with Serbia. They included a football field in Bratunac, several meadows and fields near Vlasenica and Nova Kasaba, a warehouse in Kravica, a factory in Karakaj, a school in Orahovac, a dirt road in the Cerska Valley, and a cultural centre in Pilica. The executions continued at least through 16th July, when hundreds of people were reportedly shot at a state farm in the village of Branjevo.

Whilst the rest of the world was focused on Sarajevo, Srebrenica rarely attracted the attention of the world’s media. The Dutch UNPROFOR troops stationed in Srebrenica remained of secondary importance when talking in operational and logistical terms. And quite possibly why they failed to prevent the town from capture by the Serb Republic army and the genocide that followed.