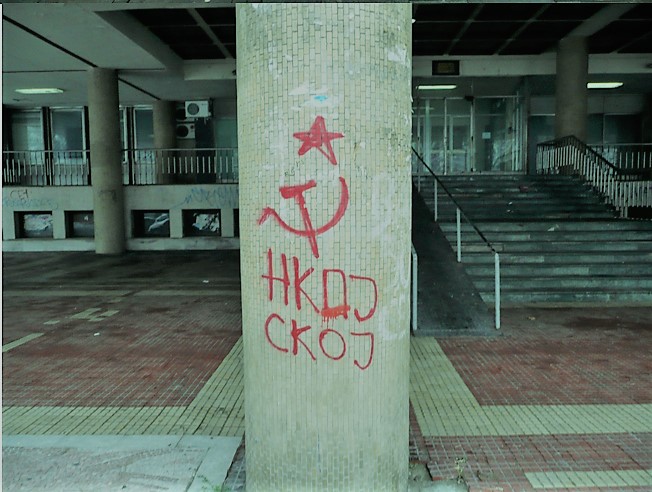 Ivan Stambolic was the leader of the Communist Party of Yugoslavia official and the President of Serbia. He was first a friend and ally and then threat to Slobodan Milosevic. For many years they remained close friends through university, at work and in politics until Milosevic outmanoeuvred his friend and had him dismissed as president of Serbia. Stambolic did more than anyone else to help rise Milosevic to power, whose Serbian nationalism triggered the collapse of Yugoslavia and a decade of bloodshed.

Stambolic graduated from the law school at the University of Belgrade. It was here that he met Milosevic and began the relationship that would shape the future of the Balkans. Milosevic, also a law student, mirrored Stambolic’s career following his footsteps into banking and then later politics. But they were also close personal friends; Milosevic became godfather to Stambolic’s children and Stambolic was best man at Milosevic’s wedding. Stambolic was loyal to his closest confidant Milosevic, ensuring that he was always just a step behind on the promotional ladder.

Stambolic and Milosevic shared similar views on the autonomous provinces of Kosovo and Vojvodina. They believed that constitutional changes were necessary to their relationship with the centre. During the 13th Congress of the League of Communists of Yugoslavia in 1986, Stambolic secured the right to establish a commission to work on the constitutional reforms that were eventually passed in 1989. He worked to protect the rights of Serbs and Montenegrins in Kosovo. Stambolic sent Milosevic to Kosovo to mollify local Serbs as Serb nationalism was beginning to re-emerge in response from Kosovar Serbs of intimidation and harassment from the ethnic Albanian majority. Instead, Milosevic discovered that the Serb nationalism had the potential to elevate him to power.

As president and party head, Stambolic was a reforming anti-nationalist and had appointed liberals who opposed Milosevic to key posts. Milosevic used the escalating situation in Kosovo in 1987 to incite nationalist anti-Albanian sentiment and won the support of many in Belgrade. As a result, Stambolic was left humiliated during the 8th session of the Serbian Communist party in September 1987. Milosevic displayed tactical prowess and lack of remorse that would later become is trademarks. Later Milosevic had Stambolic voted down as Serbian president and Milosevic took over leaving Stambolic’s career effectively over.

During the years of war that followed, Stambolic remained a distinguished political figure. He maintained close relationships with the highest levels of political leadership in the former Yugoslav republics. Stambolic deeply regretted taking Milosevic under his wing and in recent times had openly accused him of destroying Serbia.

Stambolic disappeared in August 2000, one month before the Yugoslavian Presidential election and just a few months before Milosevic was overthrown. Later it was revealed that he was kidnapped and his body was found in a ditch in Fruska Gora, Northern Serbia in 2003 after being murdered by Special Operations Unit officers. The men responsible for the murder were sentenced to between 15 to 40 years in prison and in 2006 the Supreme Court of Serbia ruled that the order for Stambolic’s murder came from Milosevic. One of the most prominent victims in a series of Mafia-style killings and kidnappings that marked the final years of Milosevic’s decade in power.

It was suggested that Stambolic was contemplating a comeback, offering the most plausible explanation for the most significant political murder of Milosevic’s era. It was reported that America were preparing Stambolic to oppose Milosevic in Belgrade. Stambolic, who made Milosevic’s career had a lot to avenge, declaring that Milosevic must be destroyed to Montenegrin media shortly before he was kidnapped.